What the Heck is Going On?

It has been hard to do any blogging lately. I like to talk about food, baking, running and other goings on in my life, and frankly the running has been spectacularly bad, there hasn't been much in the way of interesting foods or baking, and life has been pretty mundane.

I have been in a food funk for a while, and while I keep looking for interesting recipes on Pinterest, I have not been interested in actually cooking any of them. Lots of simple things like sandwiches going on around here. I did eat a whole seedless watermelon in less than a week. I can't figure out why my crazy family won't eat watermelon, but I'm kind of glad they don't want to. 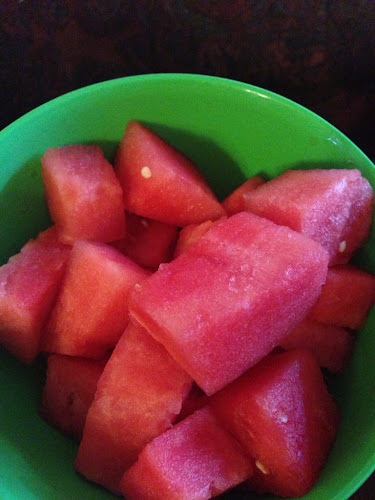 Sprout's has had the best seedless watermelon. I forgot to get over there to get another one today and I am very sad that I will be without more of this yumminess tomorrow. 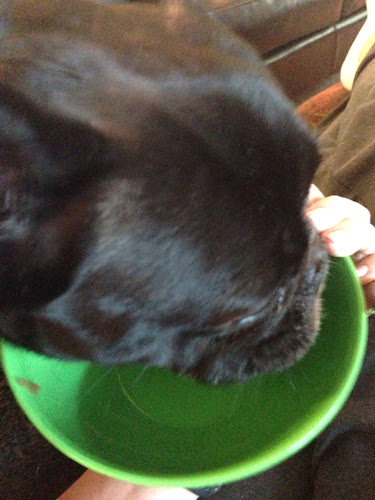 Penny thinks that every time I have the green bowl it's full of watermelon.

As for baking, while we haven't been buying Oreos lately, and I have not been depriving my family of all things sugar related, it has been a little uneventful on the baking front. Not that I would call rice krispy treats baking exactly.

I did make these last night. 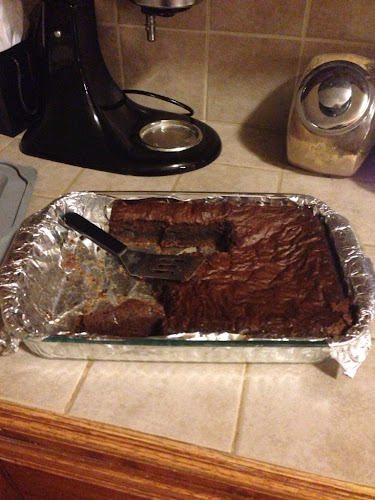 Chocolate chip brownie bars. These are really good. I used a bigger mix for the brownies than the recipe called for so they are pretty thick, but that just means more chocolate, right?

As far as running goes, it has been pretty horrific. I will talk about it more tomorrow, but it has been really, really bad all month.

For the holiday I decided to get in a spin class. My favorite teacher was teaching today and Rochelle, Kelly, Anne and I decided the best way to celebrate the holiday was to go torture ourselves and kick out booties for a little over an hour. 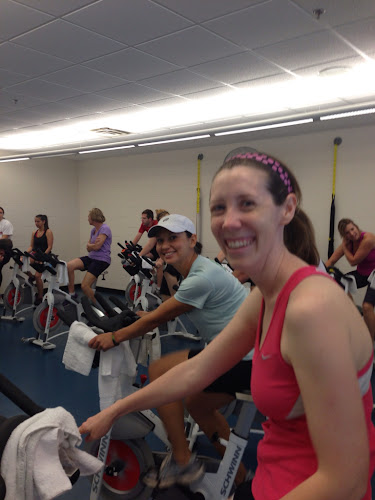 It's all smiles before we got started. 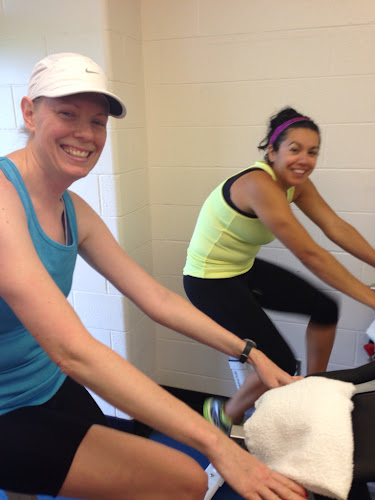 I think I lost about ten pounds in sweat by the end of the class. Notice how dark Ro looks next to me. I like to stay out of the sun as much as possible so Ro will look even more tan when I stand next to her in pictures.

As for life, I finally got out to go help with some of the clean up going on in Moore. I have driven through the devastation all last week on I-35, but today we actually drove down 4th Street and got to see the damage up close. It really is unimaginable. It made my heart hurt to drive through and see neighborhoods completely decimated. I just don't think that you can compare it to anything really. 200 mile an hour winds packs a punch that you just have to see in person to believe. 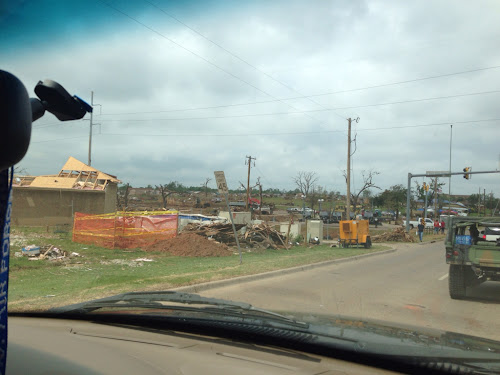 We helped a friend of a friend get the remains of his house cleaned up and ready for the city to come by and pick up the debris. It was overcast and windy out, we were covered in a layer of fiberglass by the time we got home. 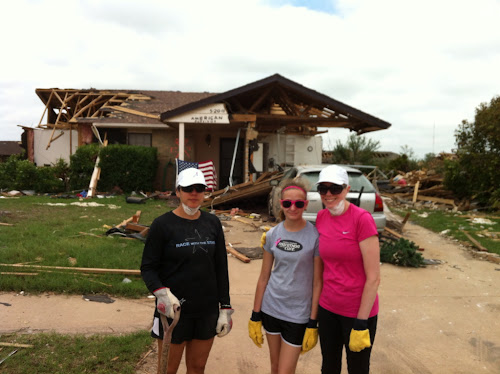 I was so proud of Camy, she came with us and worked very hard, without complaint. This was a house a little ways down from the one we were working at. I was amazed at the number of volunteers out. There was a constant stream of people coming by offering water and differet kinds of food for everyone working. I am sure that in the same circumstances it would be like this anywhere, but it made me very proud of the state I have called home since 1985.

So that's the short version of what's been going on. The longer explination about running will come tomorrow.

Posted with Blogsy
Posted by Becky C. at 9:32 PM