This weekend was the 25th annual OU Medicine Corporate Challenge. 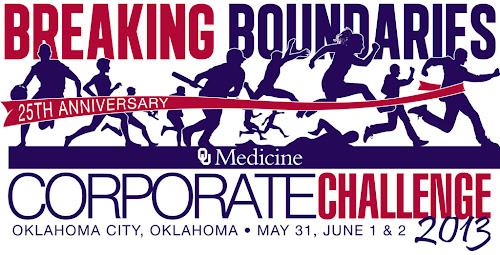 We were participating for the fourth time this year, and it was a tough year. We won our division last year, but this year I doubt we did a very good job of defending our title.

The weekend just started off all wrong. Friday afternoon most of the Oklahoma City metro closed down at about 4 pm because of the severe weather that had been predicted. The Friday night events for the Corporate Challenge were cancelled. I headed home a little after 3 pm, and found out a little while later that Camy's softball game was cancelled.

A little later, there was a little of this. 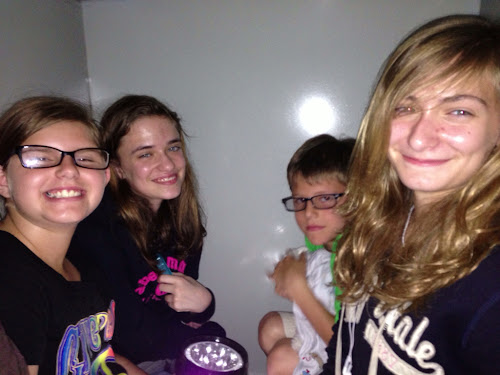 Sid and Mimi (my sister's mother-in-law and her mom) were on their way to Edmond with my niece and nephew Zoey and Zach for a BBQ that we had planned on going to after the softball game. By the time they made it to Norman it was too late, the tornado that started on the west side of OKC in El Reno made conditions too dangerous for them to drive to Edmond. They originally stopped at The Riverwind Casino and we got ahold of them and offered our house and the empty space in our storm shelter.

They headed over and we had some pizza, some time in the storm shelter, and not long after no electricity. It's always fun to have unexpected guests, just wish we had been able to offer them some air conditioning and the ability to open and close the fridge whenever we wanted. 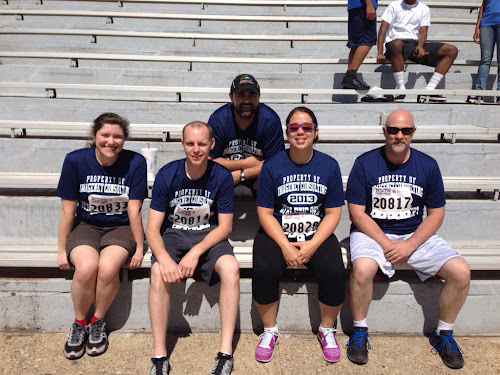 Kim, Jarred, Matt, Leighanne and Dennis
Afterwards, I headed home and Josh and the girls went back up in time for volleyball. I thought I was going to have to play, but we decided to go with the six players that did show up. 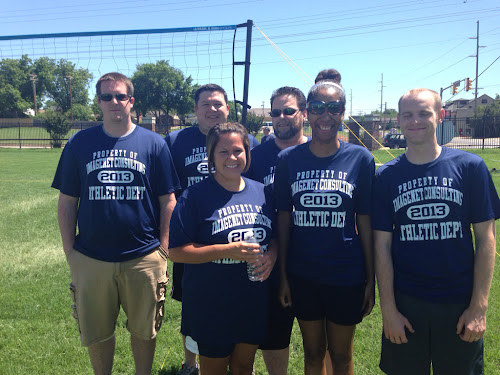 I did do the one mile walk this morning that Camy and Carson were walking as part of the Kid's 10K. We watched the tug-of-war this afternoon, and then this happened. 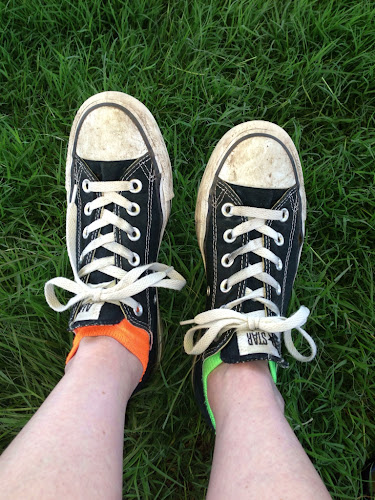 I traded shoes with Camy and made a couple of changes to our dodgeball team. Yes, that is one orange and one lime green sock. I honestly don't ever remember playing dodgeball as a kid, so I studied up on the rules. Seriously, there are alot of rules for dodgeball.
Let me say that we won our division in dodgeball last year. Since I was playing I am not at all surprised at today's outcome. The rules had changed a bit from last year, so it was the best of three games, and each game was 1 minute. It was also single elimination, so you had one shot to move on. While I survived our first game, we lost two in a row and were done. 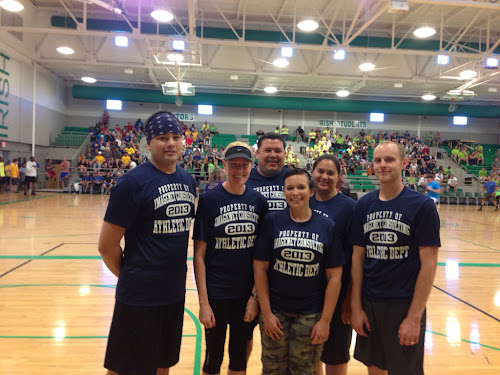 Stephen, me, Casey, Tiffany, Jennifer and Jarred
No shame here. I think we got an unlucky draw, the team we played was pretty tough. On the bright side we did make it home by 5:30. Even though I wasn't out there the wholetime for three days, driving back and forth and the time we did spend out there was pretty tiring.
It is not easy participating in an event like this and not being able to run. I am glad that I don't have any scheduled events for the forseeable future. With a little over a week of no running to go, and I plan on getting some crosstraining and yoga in this week. It's either that or I am going to have to repeat "step away from the rice krispy treats" to myself over and over again.

Posted with Blogsy
Posted by Becky C. at 8:48 PM