Being Smart is Less Fun...

First thing first, I got my hair cut today. Finally! It has been four months since my last hair cut and I was looking a little scraggly. 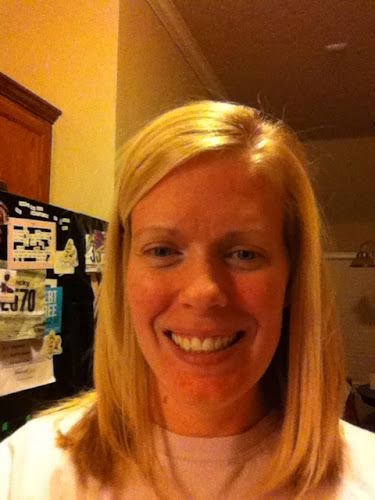 I got quite a bit cut off, and it feels much lighter. I am wondering how it will look curly. I hate to spend time fixing my hair, but maybe it will look better if I do.

Funny, the fact that I ran a marathon last Sunday wasn't what kept me from signing up for the race. For most normal people that would be enough, but the fact that the only miles I logged last week were the two brutal treadmill miles that I was convinced I needed to run on Moday ended up being the true decider.

I had no idea if my legs even worked anymore. Okay, rationally, I know that my legs still work. It's just that it would really stink to drive down for a half marathon and have my legs feel completely like crap and then have to struggle through the miles feeling like total crap. I guess on any given race day you can feel like total crap. This particular race is downhill for the first nine miles and I just am not so strong on the downhill.

After deciding to be smart and just stick with a Saturday morning run, I got to bed much later than I would have liked in order to get up to meet the group at 7 am. When my alarm went off at 6:15 I was so tempted to just roll over and go back to sleep. I didn't, I got up, put on my layers and headed out to see how my legs have recovered for a very chilly 20 something degrees teperatures.

Are you wondering how it went? I will tell you. 6.65 miles in 59 minutes, and my legs felt fabulous! Fastest mile was the second one and it was about an 8:29 pace, slowest mile was the sixth one and it was about 9:10 and that was because we got stopped at a light. It was one of those days where it feels like you could run forever, thought I might have had to slow down a bit.

I learned something very valuable during the run this morning. I got an impromptu gait analysis , I never realized I tend to twist a bit when I swing my arms instead of moving them in a forward motion. Seems this can cause shoulder pain, which I have had on longer runs. Now I need to think about how to change that up, it's not going to be easy.

After our ran I redeemed a Groupon and hit up a hot yoga class at Yoga at Tiffany's. The class was completely packed, it was a little too packed. I have been taking at hot yoga class at Ashtanga Yoga and I really like it, but being packed into the room this morning was not as fun for me. I will try some more of their classes, but I don't think I would pay for any more classes after that. I will have to see how it goes.

The day ended with this. 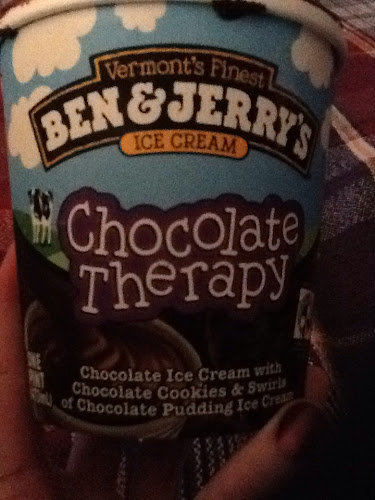 Posted with Blogsy
Posted by Becky C. at 9:34 PM