The thing about running more than six miles in the morning, is that it involves meeting at 5am instead of 5:15. That fifteen minutes doesn't seem like it would make that big of a difference, but it means that you get in your car when the clock still has a 4 at the front of the time.

NPR isn't even playing Morning Edition at that time, it's still on the BBC World News. 4:30 really seems so much earlier than 4:45.

We did a loop around the Y, something we haven't done in ages, and then meet back in the parking lot to pick up Anne for our usual out and bak six mile route. Our first three miles were pretty speedy. Those splits all started with and 8 and were followed by numbers less than 30 for the first two, and then one that was slightly over 30 for the third one. We settled into a ice 9 minute or so pace for the rest of them.

We did 8 miles in an hour and 12 minutes. It was one of those great Oklahoma mornings, it was cold, but there was no wind.

After work I headed to yoga, now it's about bed time. 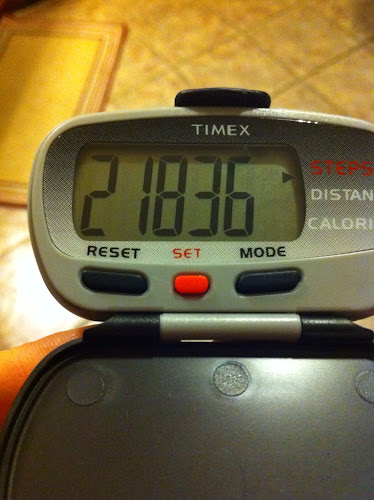 My pedometer got quite a workout today. Add in the steps I earned for yoga and it was a 30,000 step day. 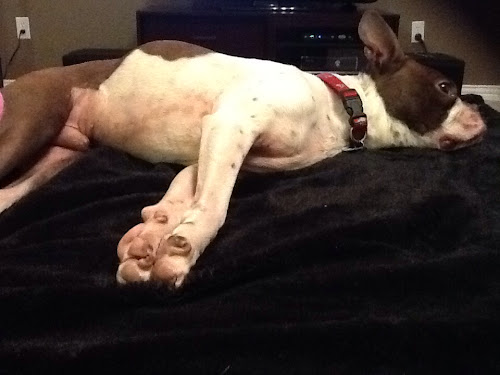 Rocky is dog tired. Can you call it dog tired if you are actually talking about a dog? Maybe it would be better to just say tired. Whatever, I am dog tired.

Posted with Blogsy
Posted by Becky C. at 8:50 PM