Mexican Pizza Lasagna, a Cold Run and a Good Book...

Our Thursday morning run that happened on Wednesday was one thing. Brutal. 7.3 miles in an hour and five minutes in 30ish temps with 20 mph winds. It was funny that we were all amazed that no one had wanted to cancel because of the weather. Oh yeah, did I say that we started early because we were going to run more than our usual six miles? Yep, because I am about four weeks away from Cowtown, I wanted to do a longish run and everyone that said they would show up at 5 am did. That is true friendship, or craziness, I can't decide.

I was actually in the mood to do a little cooking when I got home tonight. I decided to see what I had pinned on my Pinterest account to see if there was anything that looked good. I settled on Mexican Pizza Lasagna from Peas & Crayons. I changed it a little bit...

I gathered all my ingrediets. 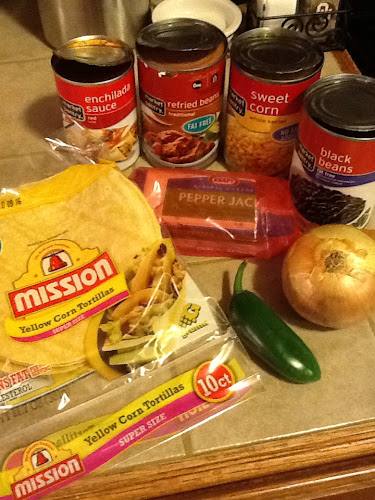 I started by sautéing half an onion and a jalapeño, then I added a can of black beans that had been rinsed. Then I added in a few spices and lime juice. 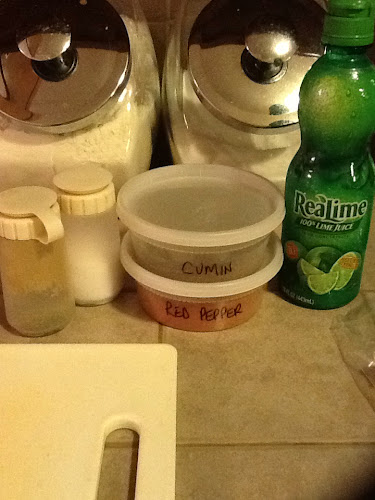 The flour and suger just happen to be in the background, I did not add either of those. This is how I make black beans for any Mexican dish. Tacos, enchilladas, burritos, if you need black beans you can't go wrong making them like this.

Then I layered them with corn tortillas, corn, refried beans, enchillada sauce and pepper jack cheese. 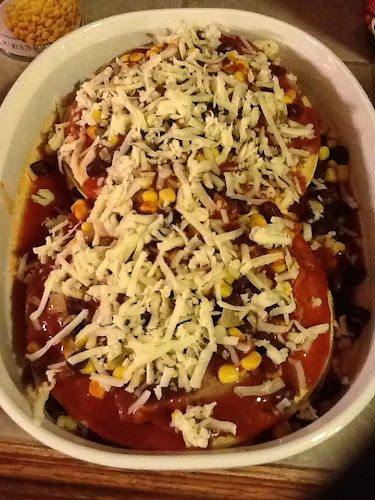 Popped it in the oven for 25 minutes at 350 degrees and that was all she wrote. Served with some taco flavored rice and my current favorite veggie, the Brussels sprouts. 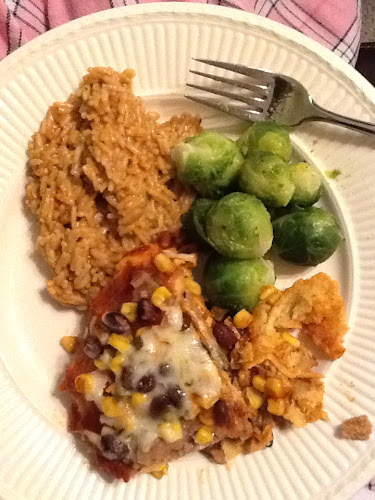 And there are leftovers.

I finished the Stephen King book 11/22/63 last week and was looking for something new to read. (We bought the book for my father-in-law for his birthday, which happens to be today, and rumor has it he is 300 pages in and LOVING it.) My girls had been talking about the latest young adult trilogy they have been reading.

I am a sucker for a trilogy. Lord of the Rings, Twilight (don't get me started on those crappy movies), The Girl With The Dragon Tattoo (seriously, why are they not making the 2nd and 3rd movies?), The Hunger Games. I love that Camy and Carson both read The Hunger Games. What is better than reading a good book, than talking about that good book with other people that have read it? I seriously need to be in a book club. Someone, please invite me.

Have you heard of the Divergent trilogy? 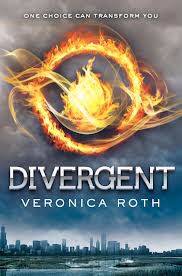 Here is a summary:

From the brink of apocalypse, humanity has reorganized itself into five factions, each of which uphold and live by a single core value. Those who believe society fell apart because of greed formed the faction of Abnegation (the Selfless), sworn off of practices considered self-indulgent and pledged to act selflessly. Those who believe the collapse was due to ignorance pledged themselves to the Erudite (the Intelligent), sworn to a never-ending path of complete knowledge acquisition. Those who feel that human duplicity wreaked havoc in the world took the banner of Candor (the Honest), pledging to always speak their minds and the truth. Those who feel that aggression was the root of society’s collapse became the members of Amity (the Peaceful), taking the mantle of peace at all costs. And finally, those who feel that the root of all their problems stemmed from cowardice formed the tribe of theDauntless (the Brave), the faction of the courageous and strong.

Born into a Abnegation family, Beatrice has lived her life trying to uphold the ideals of her parents. Outfitted in modest grey clothing, the required style of her faction, Beatrice strives to be as selfless as the rest of her family, but faction beliefs, like giving your seat to others on public transit, do not come naturally to her. Caught between her love of her family and following her heart, Beatrice struggles in her Abnegation role. Wistfully observing the daredevil chaos of the Dauntless-born children as they crow and leap from running trains on the way to school, Beatrice feels conflicted. Society mandates that each year, all sixteen-year-olds must take an aptitude test, which determines the faction each is most suited for. The test is followed by a Choosing Ceremony, in which each person must decide which faction they would reside in for the rest of their lives, living under the guideline of "Faction Before Blood."

I finished the first book and have moved onto the second one. 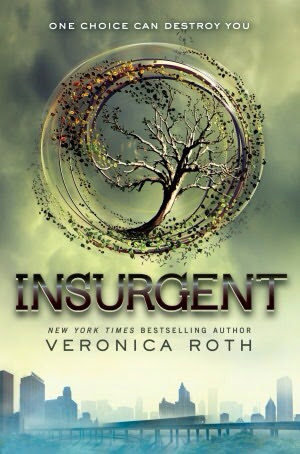 They have both been entertaining, and I love that Camy and Carson are excited about it and we have been talking about it alot. Looks like I have a wait for the third book as it won't be out until the fall. Having a mini book club with my girl is so fun, I think I will have to see what we can all read together next.

Posted with Blogsy
Posted by Becky C. at 4:00 AM