What Was I Thinking, and Tomorrow's Long Run...

I talked yesterday about the great Stephen King book that I started reading this week. I said that it didn't sound like it would be scary. I think I was wrong.

Let's just say that when the main character goes back in time he ends up in a small town that has recently had some children murdered by a clown. Only Stephen King would include the super scary clown from IT in a book that doesn't seem like it would be scary.

I should have known.

It's Friday night, which means that tomorrow is Saturday morning, which means that there is a long run on tap. I was nervous about how many miles I was going to need to get in. I have run exactly zero miles this week, so I am hoping I might feel rested. Since I am working from a Maybe Cowtown Marathon Training Plan, I just run however many miles Craig tells me to. This week he said ten would be good for my first post stomach crud run.

The problem with not running for the last six days is that I tend to have anxiety when it's time to run again. It's like I am not sure my legs still work, which is silly, but it still makes me anxious.

Not as anxious as this guy. 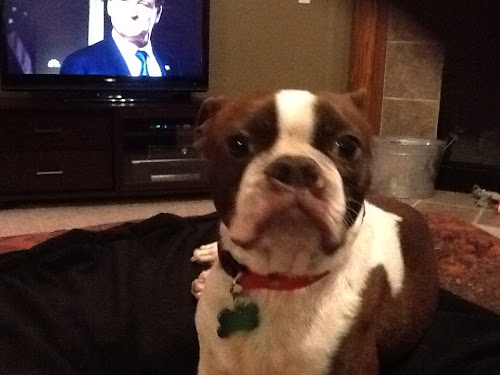 No one is anxious as Rocky.

So while I am sure I won't die, I guess we will see how it turns out.

Posted with Blogsy
Posted by Becky C. at 7:20 PM